What Are The Best Swiss Army Knife Tools?

Some Swiss Army knife tools are handy, while some are pocket weights. Here are 10 that are actually worth the purchase (other than the blade itself). How many do you have? I carried a Swiss Army Classic SD on my keys for the better part of three of my teenage years, and that’s when I realized how handy scissors can be. Small things like cutting string, stray hairs, and other items that need a precise cut are much easier done with scissors. Gimmicky? Maybe, but hear me out. You’re out in the wilderness exploring when the sun starts to set into that gorgeous golden hour. You pull out your pocket knife and decide to snap some photos when you realize you’ve neglected your overgrown, dirt-encrusted fingernails. Nobody wants to see a knife-in-hand shot like that.

If the terrifying story above doesn’t ring true, maybe you can think of a time you wish you had nail clippers with you. For a compact tool with a blade, tweezers, toothpick, file, etc., you could do much worse than to have some nail clippers tagging along. The handiness of a good screwdriver can’t be overstated. My favorite screwdriver I have is one where the bits flip around and can be swapped between Phillips and flathead.

Victorinox has created a new take on this with models like the Tinker (pictured). It features the Phillips on one side and the flathead on the other. The Swiss Army knife corkscrew is a hot button topic these days. Many collectors say it’s useless, and that they’d rather have a Phillips screwdriver in its place. Others have found good use for the corkscrew with things like untying knots.

Some models come with a mini flathead that attaches to the corkscrew, giving a slight sense of the best of both worlds. If you’re a glasses wearer, this can be a great option. A big no-no in the knife world is using the tip of a knife as a pry bar. Many a blade has been broken doing this exact thing.

The prybars on these tools are stainless, strong, and come in clutch when you need them most. The small wire stripper cutout is also a nice feature that you’ll love to have around eventually. These two things are pretty self-explanatory and come in handy in the most random of times. The toothpick is invaluable for post-lunch debriefing. For that annoying sliver, tweezers can be a lifesaver.

They both fit nicely in the handle slots and don’t take up any extra room. Replacement toothpicks can also be had for only a couple of bucks. 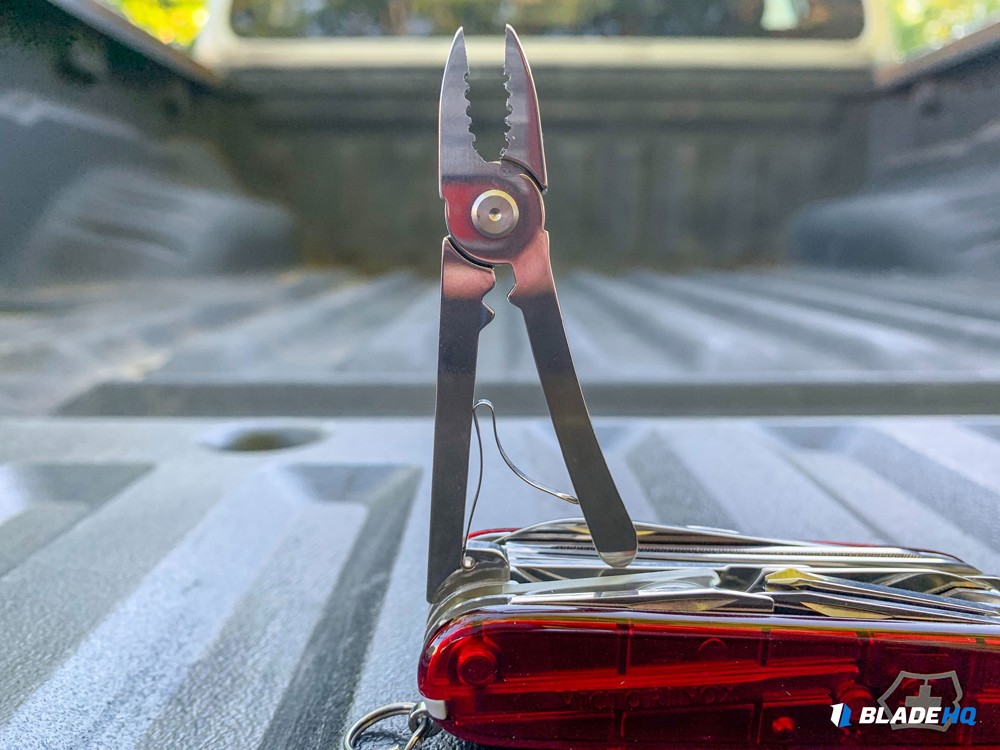 No matter your occupation or background, you’ll be able to find uses for pliers at some point. Pliers are available on many of the larger Swiss Army models. 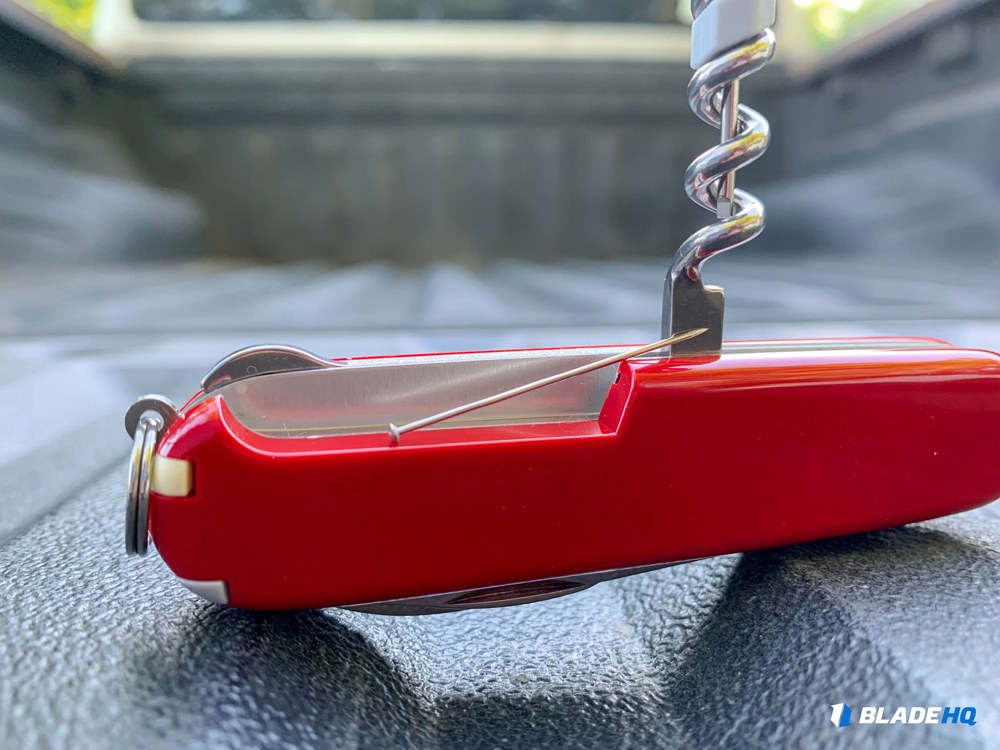 Not many SAKs come with this pin, but with those that do, it’s a welcome addition. This Compact stashes the pin in a hole of the cutout for the corkscrew.

Whether you’re pushing tiny reset buttons or getting slivers out of your hand, this sharp pin will definitely come in handy. The slot on this knife makes it almost unnoticeable as well. Pens are a hot EDC item these days, but I haven’t bought into the hype. I just don’t find myself needing one that often and don’t want to give up my valuable pocket real estate to carry one. That is, until I saw Victorinox has them in some Swiss Army knives.

The pen looks like another gray tweezer slot but comes out as a thin pen that is easily concealed. I wouldn’t plan on using the pen consistently, but it is great for a pinch when you need to jot some things down.